Apricot’s litter, and the case of the disappearing ducks

HomeUncategorisedApricot’s litter, and the case of the... 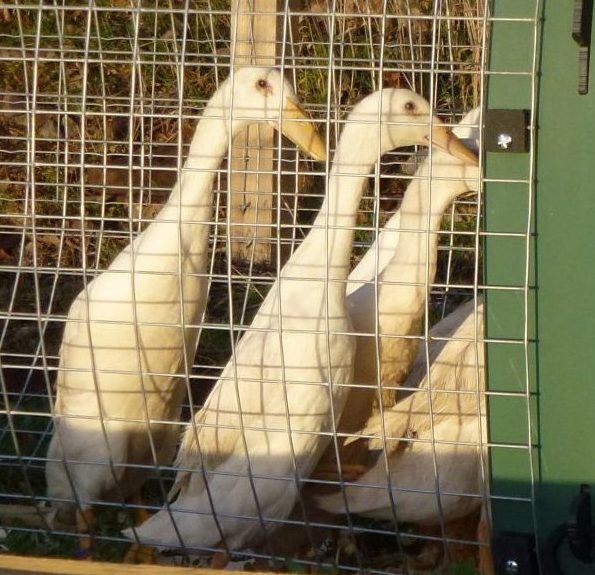 As we wait for the next batch of meat to come back from the Butcher, we have been busy looking at our herd and working out our stock plan. The first job was to get one of our OSB sows away from her litter – we judge when to do this based on the amount of hard food they are consuming and how often the sow is feeding. It was definitely time, and you could almost hear her breathe a sigh of relief as we let her into her own paddock. The piglets wonder where she has gone for a couple of hours and then just get on with it so this is always a sign that we have got the timing right!

We are looking to our stock to meet what we think will be demand for different products, so this litter should be ideal to provide gammon for the festive season. We currently have four sows and our original plan was for 3 / 4 litters per year, roughly every four months. But our experience of overwintering this year has shown that the pigs do not put on as much weight so we need to time each litter carefully. The one thing we had not considered was Apricot – despite the fact that she is a proven good mother, we may have to get another sow as she has lost too many of her teats through piglet damage. Having started with 14 teats, she now only appears to have 9 or 10 working. Given this litter was 12 strong (one of whom we bottle fed) then the problem is clear. The other difficult decision is on our Boar Jack, who is now over 200kg – is he going to be too big for our Large Black sows. Last time they struggled to stand for him and he has got bigger since then. We always planned to have a Large Black Boar so perhaps we need to swap! Much to think about!

We now have no ducks. One day they were there, the next they were gone. No signs of attack at all, anywhere, just a mystery. We have gradually lost them before, but always one at a time to broken legs or by being egg bound. The last remaining two ducks and drake used to roam a bit, regularly running into the cattle field, or into the goats, but they were never brave enough to venture out of the field boundaries so we are at a loss to explain how they could have got lost or been eaten. We let them out in the morning and then at dusk there was no sign when I went to lock them up. So it was either daytime foxes, buzzards or they have just wandered out into the barley field and got themselves lost. Either way, they have gone, and the place is a little less cheery because of it.