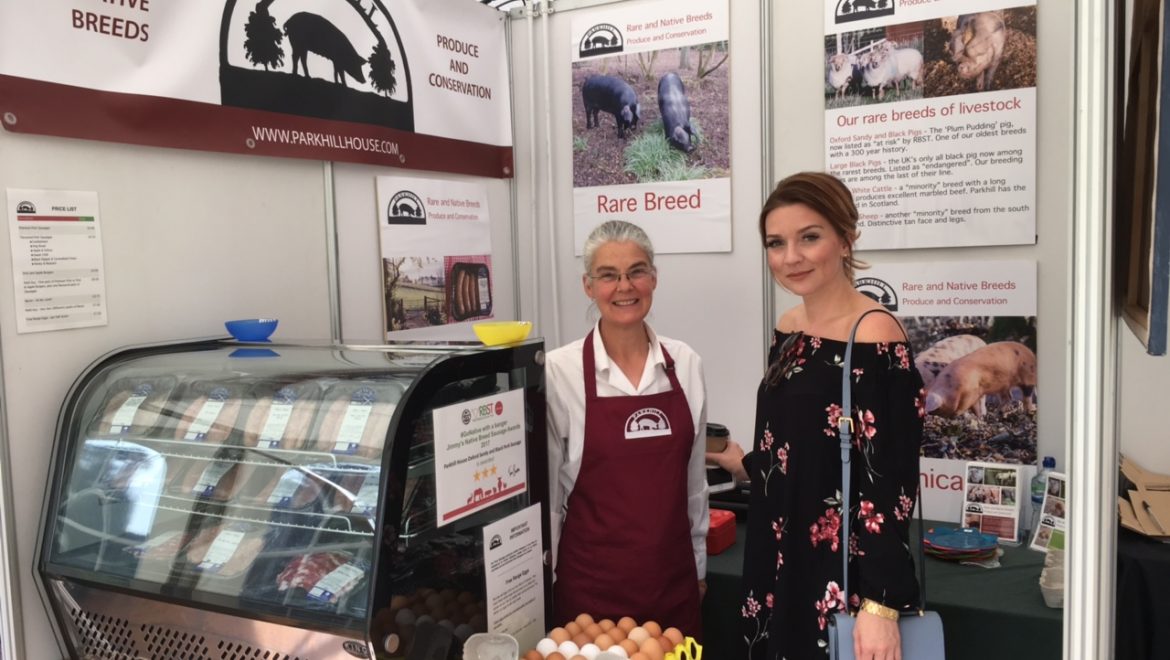 After sleepless nights and lots of panicking, we finally made our ‘debut’ at a food market, and not just any one – oh no, we signed up for the “Taste Angus” Food and Drink Festival at the splendid Glamis Castle. Two days in a small space selling our Pork Sausages, Bacon and Eggs to the 3000+ people who were attending the event which hosted a wide range of great chefs including two Masterchef – The Professionals winners. And of course the headline act, Candice Brown – last years winner of the Great British Bake Off.

We had a good couple of days, lots of people were very nice about our produce and we received a lot of encouragement from fellow stallholders. We only had a bit of Bacon, but we could have sold it many times over, same goes for the Pork and Apple Burgers, which went down a storm. We had made some Gluten Free Pork sausages, but this did not seem to be an important factor at all amongst that audience.

So next, we will be at the first Arbroath Farmers Market on the 26th August – hope to see you there!