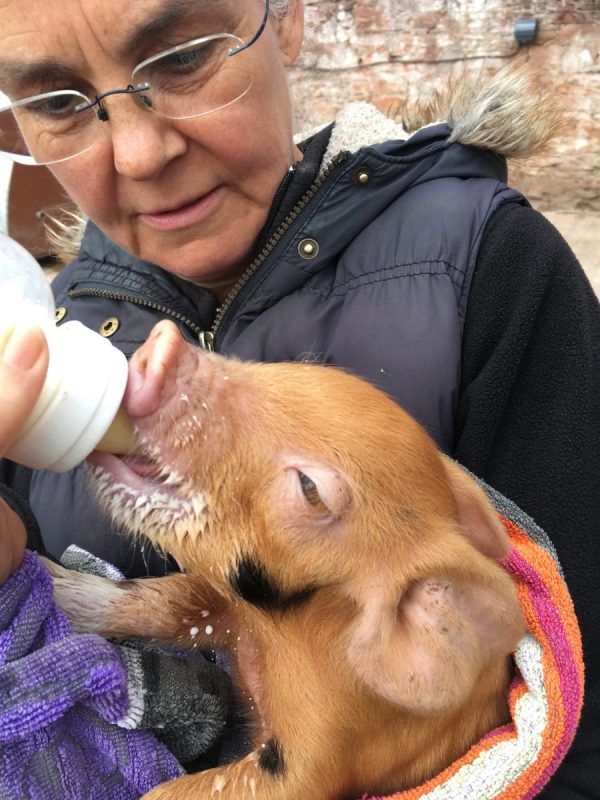 Meet crumble. He is 2 and a half weeks old. He was feeding along with the rest of the litter but we felt he was not doing very well, so we watched and worked out that he had managed to choose a teat that was no longer working, and so he was not getting any milk. We think that the sow originally had milk there because he certainly would have been noticeable before now, but hopefully we have caught him in time. Bottle feeding lambs is quite common, but piglets less so. This is often down to numbers – the sow has a large number of piglets and some will not survive, unfortunately this is a fairly common occurrence. It is also quite difficult, as the piglets are very quick and very wary, and the sow can sometimes get very upset when you are interfering!

But in this case, the sow is fine, and the piglet comes running out whenever the sow gets fed or when he hears us coming! He has been fed for a week, and is now enjoying the rough and tumble of life in a large family! He is being fed multiple times during the day and evening and is growing fast. Soon all the piglets will move on to a small amount of creep food. We usually start as soon as the piglets start trying to eat their mothers dinner…it is important that she gets to eat her food as she is on maximum milk production at three weeks.

So Crumble will hopefully make it – we don’t name the litters usually but occasionally one will get a name so that we can distinguish who we are talking about! 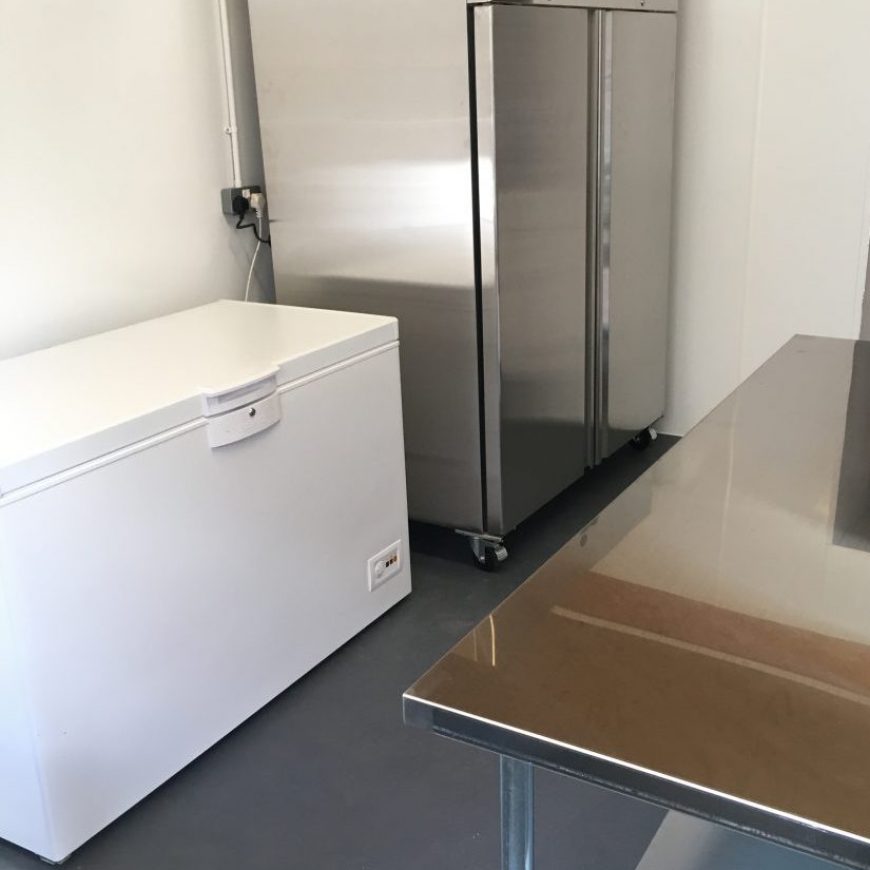 Of Prep Rooms and Piglets

A Taste of Angus