How we chose our Pigs!

HomePigsHow we chose our Pigs! 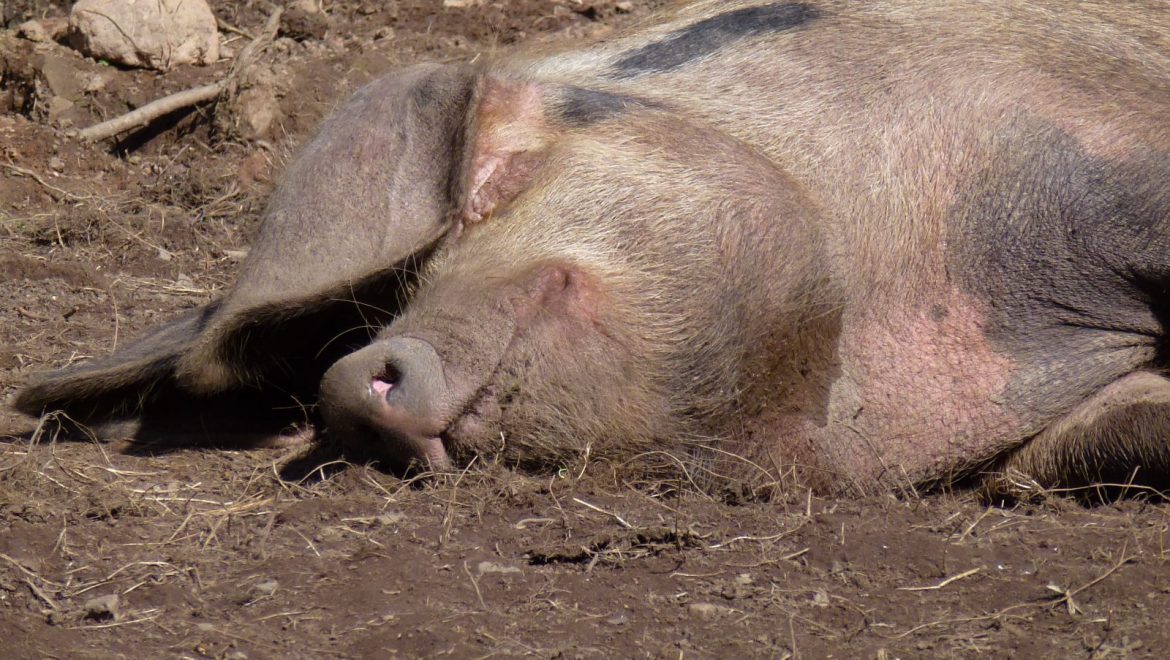 When we first looked at smallholding, we knew we wanted pigs. In fact, we were very specific – we wanted Oxford Sandy and Black Pigs. We first saw the breed twenty five years ago at the late and much lamented Royal Show at the Stoneleigh showground. For those who did not see it, the ‘Royal’ was for many years THE premier show in the Agricultural calendar and we were regular visitors until the move to Scotland made it a little bit difficult.

It was at the show that we first joined RBST, and where we decided that our first breed would be the OSB – the plum pudding pig! There is something about the OSB that goes beyond their excellent mothering, good finishing, good temperament and excellent taste, and it can best be described as their character.

I know that every pig breeder would say the same thing about their breed, and that is why there is room for all, but for us there is nothing better than talking to one of our sows, tickling her ears and giving her a good scratch.

We wanted a Boar and as luck would have it, we found one that was from the same breeder as our original two, but he was now living in the wilds of deepest Aberdeenshire. We arranged to borrow him and set off with our smallish livestock trailer to get him. We had long since left the bright lights of Aberdeen behind as we ploughed on into the country, and we just kept going, and going. Eventually we took the turning as directed, and then drove further and further down a one track lane and finally, there was a very big trailer with Jack inside. Nervously, he walked across from the big trailer into ours, settled down and went to sleep. He has such a great nature that we knew we wanted to buy him, but we did want to see what he might produce. After two litters of 11 and 10, Jack definitely became part of our family!

However, the arrival of the Large Black sows was less planned. We took a call from a friend who had two gilts that didn’t fit into their breeding programme. These were two gilts from the “Warbler” line, and a quick check told us that there were only 5 registered females in this line, so it was really important that they were kept somewhere that would see them produce offspring to continue the line. So they joined our breeding programme instead! They have had their first litters by natural service using our OSB Boar, and next they will either go and meet a Large Black Boar or we will try AI. Either way, we are looking forward to continuing the “Warbler” line as best we can.